You are here: Home / Slime / How To Make Floam Slime Recipe 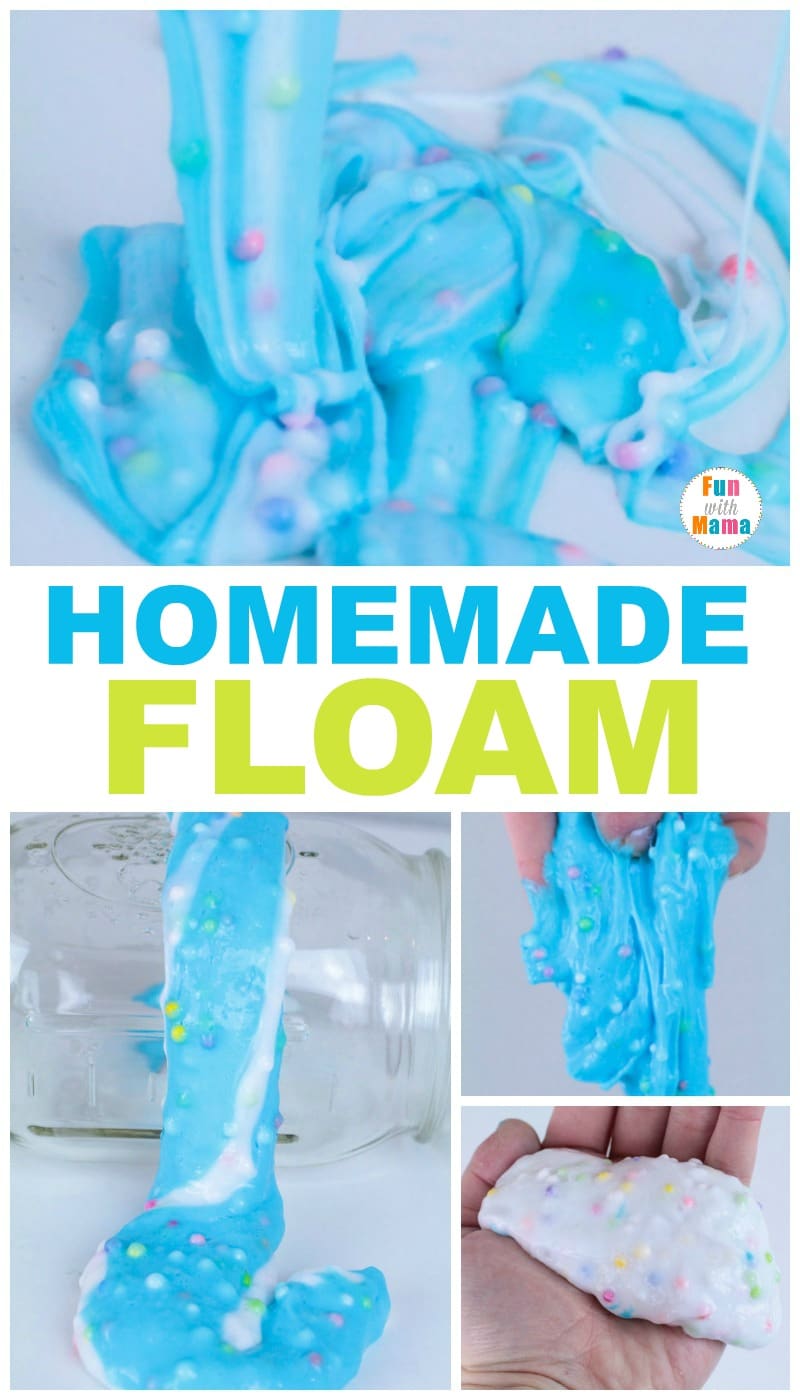 How to make floam slime

Making slime is a favorite in our home. We are also always looking for ways to make slime clean up easier.

By using plastic cups and sticks to mix you can literally make this slime and throw away all of those mixing cups! All that would be left to clean is just putting the glue and styrofoam beads away.

Learn how to make floam slime with styrofoam beads and white glue below. 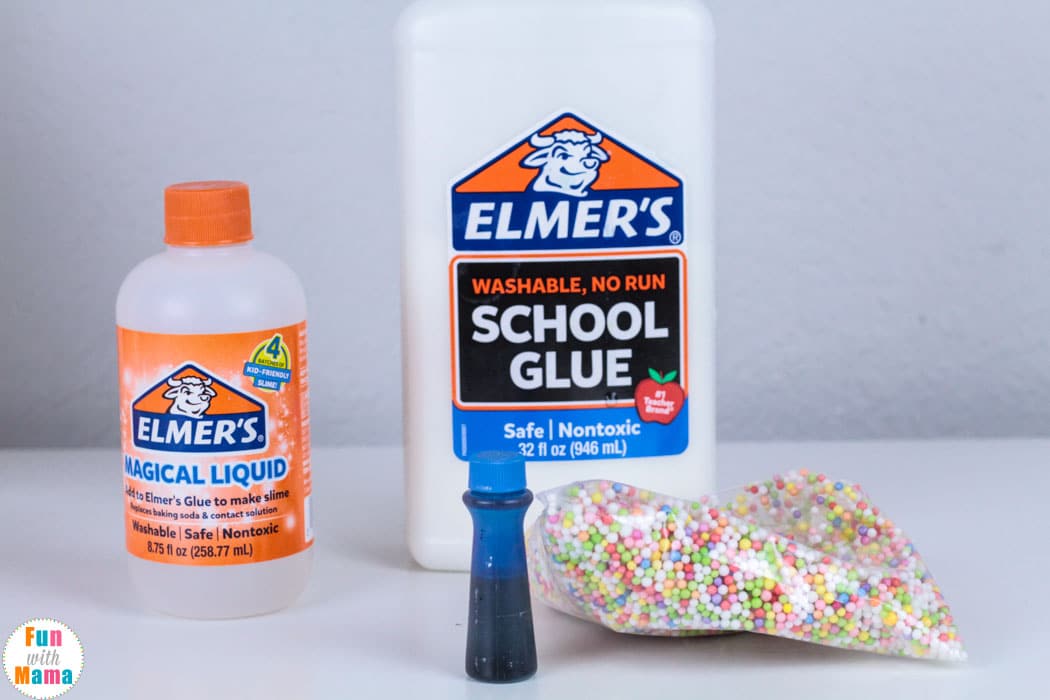 Don’t forget to check out my favorite slime ingredients.

Now on to the floam slime recipe.

Add four ounces of white glue to a bowl.

Add three tablespoons of floam beads or confetti balls to the glue, and any food coloring that you want. Use just a few drops so the slime doesn’t stain your hands. 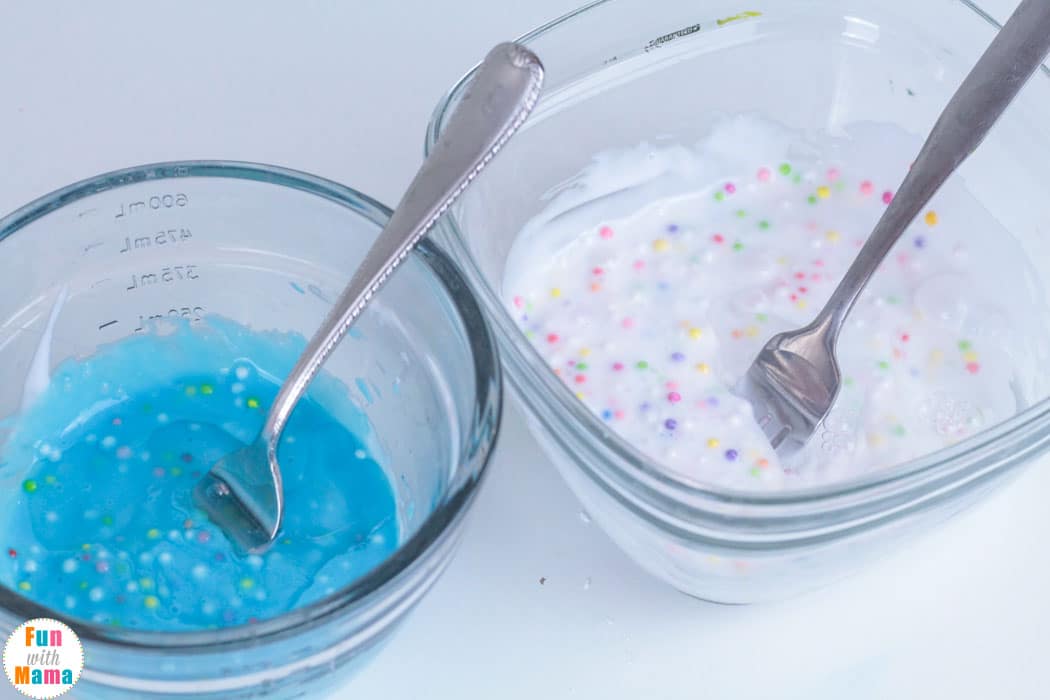 Add 1/4 of a cup of the magic slime liquid to the mixture, pouring and mixing a little at a time.

The cool thing about using magic Elmer’s slime liquid is that you don’t need to add any extra water.

Slime made with the magic liquid is stickier than regular slime at first, so keep adding the liquid a little at a time until the slime is no longer sticky. 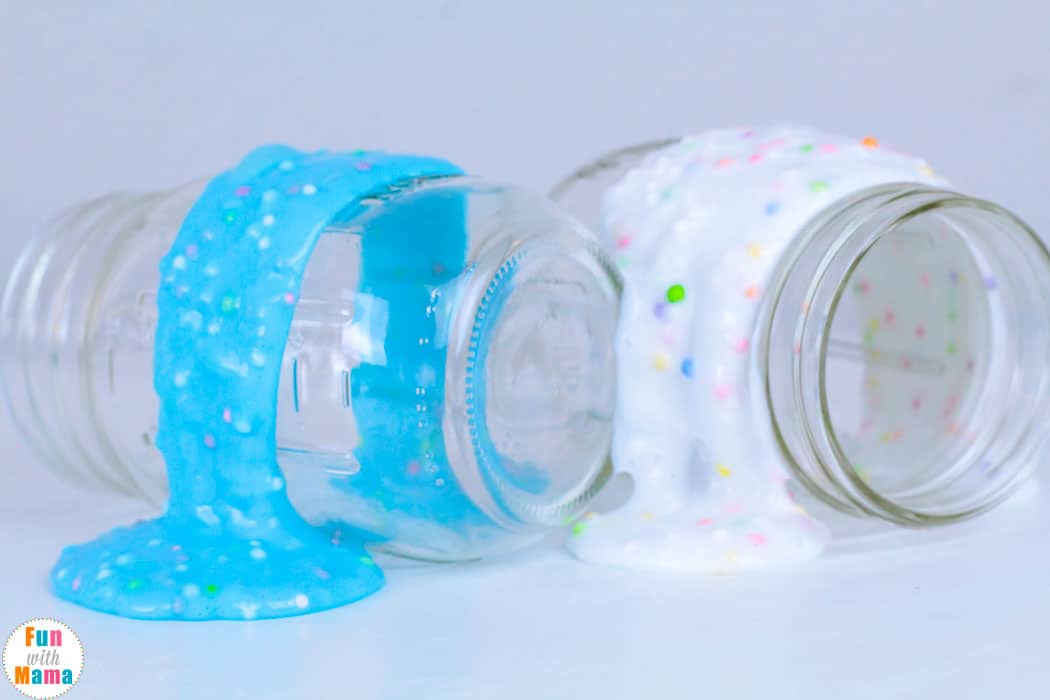 But be careful, because if you add too much the slime will get stringy and you’ll have to start over.

Once the slime is  no longer sticky, take it out of the bowl and knead if with your hands. 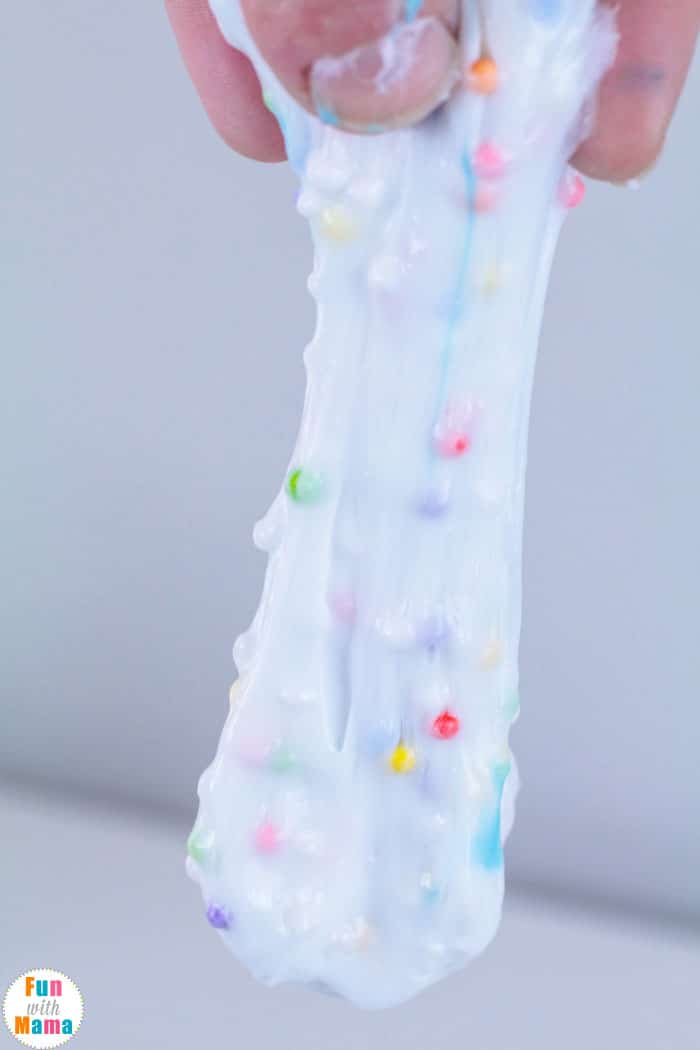 Slime made with the magic liquid also lasts longer than slime made with laundry starch, which is better for preserving your slime for several days or weeks.

Another advantage to making floam with the magic slime liquid is that the confetti balls don’t fall out as easily. They stick in the floam slime and add a fun spongy texture to the slime. 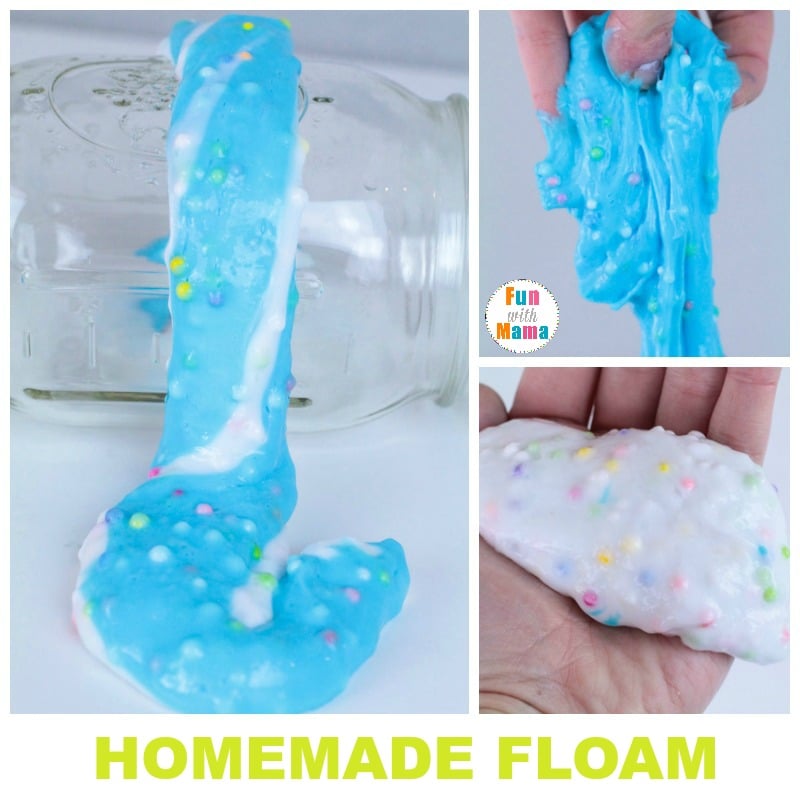 Check out these fun slime recipes: 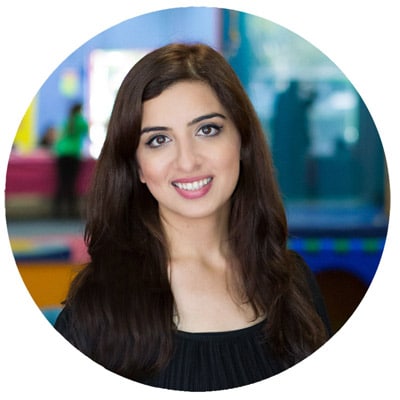 Error: API requests are being delayed for this account. New posts will not be retrieved.

Copyright © 2017. All Rights Reserved. Fun With Mama.
165shares
We use cookies to ensure that we give you the best experience on our website. If you continue to use this site we will assume that you are happy with it.OkPrivacy policy